How AR Will Impact Marketing In 2021 And Beyond

Imagine you could furnish a home or office space in real-time on your own terms by using your smartphone? Pretty cool, right? Well, that technology already exists, and so does this scenario – welcome to augmented reality.

In a previous article, we discussed virtual reality’s impact on marketing, mainly how businesses could use the technology to create bespoke, immersive experiences for prospective customers allowing them to engage with the brand in a completely new way. “A Markets and Markets report estimates that AR will grow to be a $117.4 billion market by 2022.”

What is augmented reality?

Unlike virtual reality, common AR applications are used on a smartphone. Users can open an AR app that can be downloaded from the App Store or Google Play Store, activate the smartphone’s camera, and view the world around them on the screen. An AR app enhances that on-screen world in numerous ways, such as:

You’ve likely used an AR application before. When was the last time you used Uber Eats or Mr Delivery apps to buy a meal? When it gives you the option to track the driver in real-time, that’s AR. Instagram is another common AR application because it allows you to overlay images and add digital filters to your visual content.

Ana Javornik, PhD, a lecturer at Newcastle University Business School, wrote a fantastic article published in the Harvard Business Review. I’m going to be referencing a few of her points in the following section.

The problems businesses need to avoid

After reading about a few AR campaign success stories, businesses may also be tempted to create an app, but the question you need to ask yourself is, ‘does it suit your audience, and can it have longevity?’ Javornik comments, “In order for the potential of AR to be realised, though, companies have to resist the urge to hastily create AR apps (that risk appearing gimmicky), and instead focus on better understanding how consumers will interact with the technology.”

An app that is seen as a gimmick may draw initial attention, but it will lose its novelty and fizzle out of audiences’ zeitgeist sooner or later.

If you really believe that your business’s app can enhance customer experience, leading to a sales surge and financial business growth, make sure you put in the necessary research and development (R&D) hours as well as collaboration with AR experts. Javornik says.

“I have found that designing and implementing valuable AR apps requires the following:

Google Glass is a wearable computer featuring a head-mounted display in the form of eyeglasses. The Google glasses function as a hands-free smartphone, letting users access the mobile internet browser, camera, maps, calendar, and other apps by voice commands. Studies have shown that people don’t want every aspect of their reality augmented; that’s why Google Glass failed. 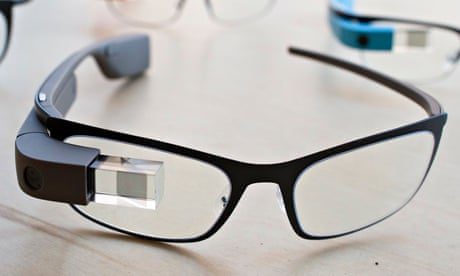 Way back in 2008, the iconic Italian eyewear brand launched an app called Ray-Ban Virtual Mirror, which was 3D software that could be downloaded and connected to a webcam. Once connected, users could superimpose different Ray-Ban glasses models in their face to see if they suited them. While it was a cool idea, many people didn’t feel the renderings were accurate enough, and the innovation died. It could be argued that the failure of this AR app was subject to the limitations of the technology 13 years ago. 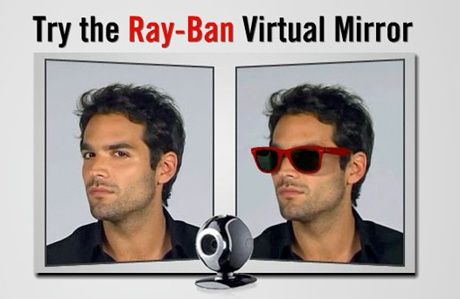 IKEA, using Apple’s ARKittech, created an AR app called IKEA Place. It allows customers looking to furnish or re-furnish an office space or home to choose from thousands of IKEA’s products and set them up in the environment around them. So, you can literally stand in the space you want to furnish and place furniture in the various areas to see if they suit your needs. 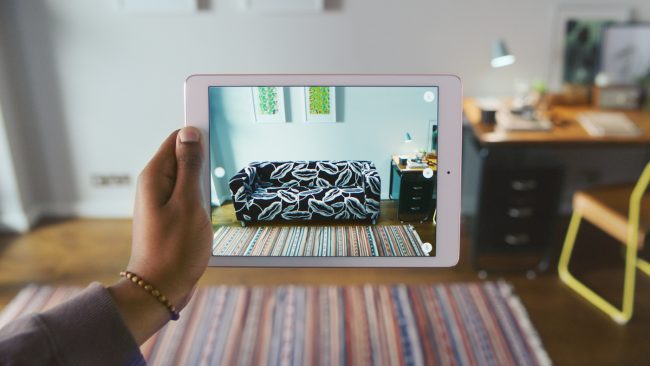 The solution for businesses

“Marketers should remember that AR is not about creating a completely new reality; it’s about enhancing what already exists. When the virtual is well fitted with the physical and interacts with it, that’s when AR magic happens,” says Javornik.

There is no doubt that AR is lucrative marketing technology. “A Citi GPS report projects AR’s billion-dollar annual revenues will further increase to $692 billion by 2025. AR will be booming and offers great opportunities for organisations to expand and enhance marketing activities.”

The reality is that ‘traditional’ marketing roles need to be agile enough to adapt and understand the purpose of the technology and leverage AR to leverage their brand to achieve their bottom-line.