We develop for both Android and iOS

Our mobile app solutions are created to suit the specific objectives of our clients, including seamless integration with existing information systems and brands.

Creating a brand-new mobile application is much like developing a custom software solution.

Our team follows the same process for moving from concept to a finished product that does exactly what your business needs it to do.

Got An Idea? Let’s Do It Together.

As part of the development process, mobile user interface (UI) design is also essential in the creation of mobile apps. Mobile UI considers constraints, contexts, screen, input, and mobility as outlines for design. The user is often the focus of interaction with their device, and the interface entails components of both hardware and software.

User input allows for the users to manipulate a system, and device’s output allows the system to indicate the effects of the users’ manipulation. Mobile UI design constraints include limited attention and form factors, such as a mobile device’s screen size for a user’s hand. Mobile UI contexts signal cues from user activity, such as location and scheduling that can be shown from user interactions within a mobile app. Overall, mobile UI design’s goal is mainly for an understandable, user-friendly interface. The UI of mobile apps should: consider users’ limited attention, minimize keystrokes, and be task-oriented with a minimum set of functions. This functionality is supported by mobile enterprise application platforms or integrated development environments.

Mobile app development is becoming more critical for many businesses with more than 3 billion people worldwide using smartphones, more than 1.5 billion using tablets as of 2019. Users, on average, spend 90 percent of their mobile time in apps and there are more than 700 million apps downloads from various app stores. 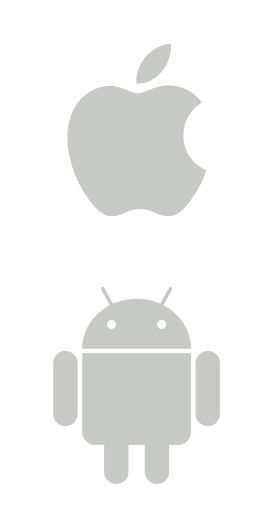